What we assume about addiction

Fear of the unknown: it’s not exclusive for those with addiction or mental health issues. Its reach extends beyond our clients, touching families, communities, and society as a whole. As we all try and make sense of what we don’t know, assumptions morph into accepted truths and those truths can be sticky.

It’s no surprise that when it comes to addiction, there is a huge discrepancy between wide acceptance of gossipy assumptions and what addiction actually is.

On my own journey, I’ve reflected on what I used to think about addiction and what I know now, and I know that I’m no exception – I made assumptions, too.

Now, as a woman in long-term recovery, and a drug and alcohol counselor, I have a well-rounded and educated perspective on addiction.

Here are some beliefs I used to hold about addiction:

Unfortunately, the misconceptions of addiction are many and can’t all be named in a blog. Better awareness is critical to the future of recovery. It is evident that past approaches to addiction have been rooted in misconceptions and prejudice and have resulted in a lack of preventive care and poor access to treatment and recovery support services. In order to make a change in addiction and recovery, a new perspective is required. We must become teachable. Further, we must remain teachable. There is a saying in the recovery community: what grows in the dark will die in the light. A change in perspective about addiction is the solution we need, and it is more than obvious than ever that the time for change is now.

«Recipe for Creative Wellness
»Building Discipline to Achieve Our Goals

We offer a variety of programs at Project Courage including: Assessment and Evaluation, Outpatient Therapy, Intensive Outpatient Therapy, Family Services, Medication Assisted Treatment (MAT), Medication Management and Evaluation, Recovery Support Services, Neurofeedback and Screening and Testing Procedures. We realize this can be difficult to sort out, so feel free to call us for information on our services.
Learn More 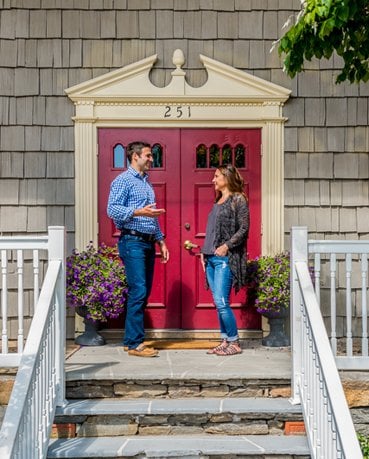 At Project Courage, we understand that substance use disorders affect the entire family. We strive to provide parents and significant others with the support they need while we help their loved one recover. We provide several services for the parents and partners of loved ones who are struggling with substance use.
Learn More

As adolescents and young adults, not only do you have a new-found freedom, you’re also subjected to peer pressure, new responsibilities and expectations, as well as a change in environment. At Project Courage, we understand that there are significant differences between adolescent, young adult, and adult substance use and mental health issues as well as how these issues need to be addressed.
Learn More